Most tourists see Ethiopia for the first time by travelling on what is generally known as the Historic route. With the natural scenery, fascinating monasteries of Bahir dar and Lake Tana, the historic castles of Gondar, the ancient monuments of Axum, Lalibela's rock-hewn churches. Learn more...

In 1980, UNESCO acknowledged the Lower Omo Valley as a World Heritage Site in respect to its special cultural and physical significance to the world at large. Many diverse tribes and communities exist in this valley unlike anywhere in the world. Learn more..

From the rooftop of Africa in simien Mountains, where you Get up close with enormous troops of gelada monkeys, to the depth of the Danakil depression which at 20m below sea level, is one of the lowest dry land points on earth. Hike pthrough the extraordinary hagenia forest, and explore the high plateau of Bale Mountains National Park.
Learn more..

Axum is the oldest city in Ethiopia, its ancient capital, and is the holiest city of the Ethiopian Orthodox Church. Resting place of the Arc of the Covenant.Also famous for its stelae built in memory of the Great Emperor of Axum and the Queen of Sheba.and
impressive Archeological Museums. 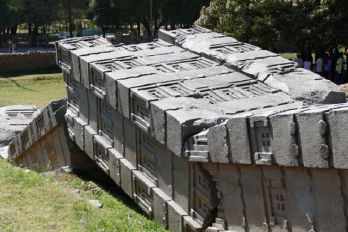 Home to Ethiopian Kings,
Gondar was founded in 1635 by Emperor Fasiledes. The Royal Enclosure, a UNESCO World Heritage site lies at the heart of Gondar featuring five castles built by a succession of Ethiopian Kings beginning in the early 17th century.

About 2km out of town lies the large Fasiledes bathing pool. The pool is used for the Timkat Festival which takes place every January. 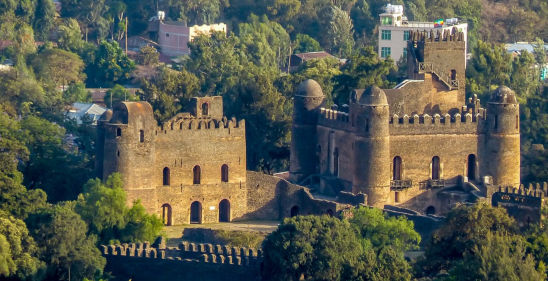 LALIBELA
Lalibela is one of the eight wonders of the world.
Home to magnificient rock-hewn churches, a UNESCO World Heritage site. Listed in
IUCN. This group of eleven monolithic churches were carved directly into the stone mountainside atleast 800 years. Formerly known as Roha, Lalibela town,was the capital of the Zagwe Dynasty, Its modern name, Lalibela, derives from the most famous of the Zagwe rulers, the 12th-century King Lalibela.
People visit Lalibela for the churches.The Lalibela churches are big – several are in excess of 10m high. Each individual church is unique in shape and size. 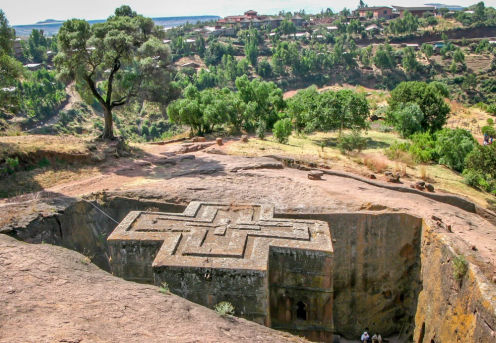 Seeing all of the Lalibela churches are worth it. Especially during the celebration of Ethiopian christian holidays: Ethiopian Christmas(on January 7th) and Timkat, Epiphany(on January 19th). 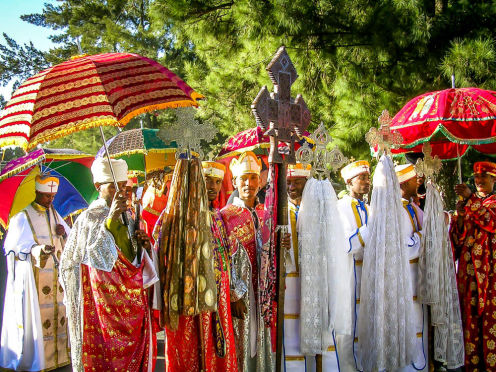 Bahir Dar is a large town on the southern shore of Lake Tana, Ethiopia’s largest lake. Palm-lined avenues and pretty lakeside vistas make Bahir Dar an attractive town and it is also the base for visits to Tis Abay and Lake Tana’s many monasteries. 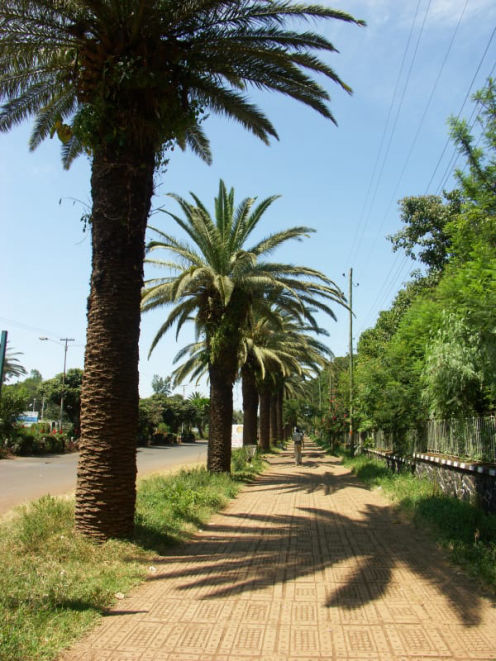 LAKE TANA
Besides the attraction of the Blue Nile Falls are the Lake Tana thirty-seven islands scattered about on the 3,000 square-kilometer(1,860 square-mile) surface of Ethiopia's largest body of water. some twenty of these islands shelter churches and monasteries of Historical and cultural value.There are several monasteries on Lake Tana’s islands.
The closest monastery to Bahir Dar is Kibran Gebriel. 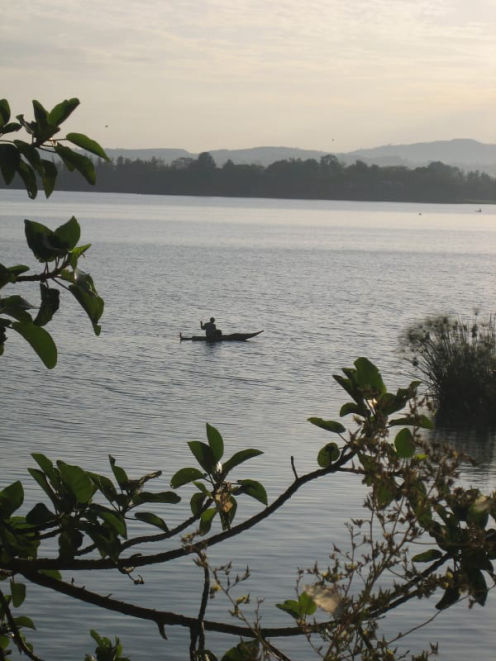 TIS ABAY FALLS
About 30km after it exits Lake Tana, the Blue Nile plunges over a 45m high rock face to form one of Africa’s most spectacular waterfalls, Tis Abay (‘Smoke of the Nile’) or Tis Isat (‘Water that Smokes’). 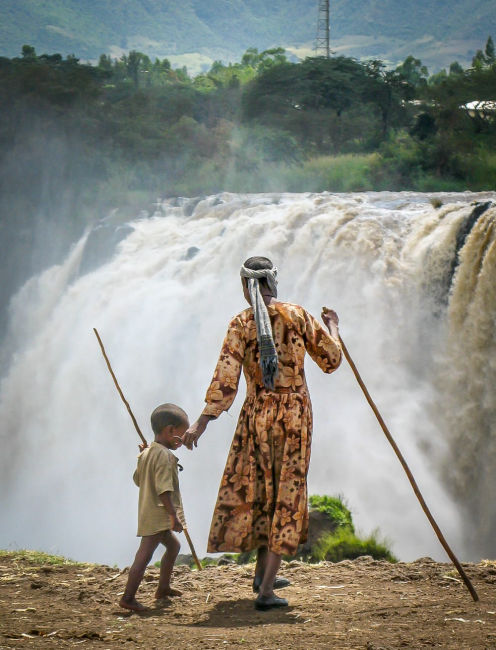 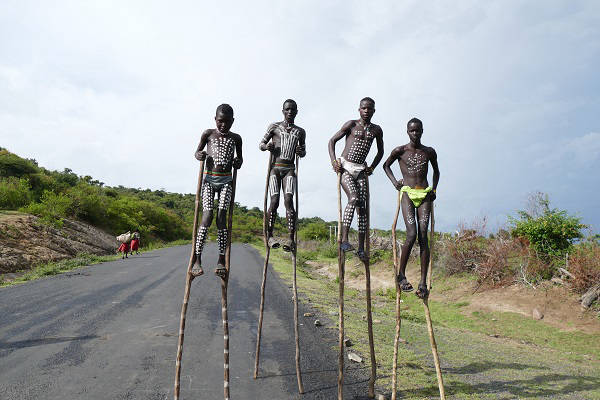 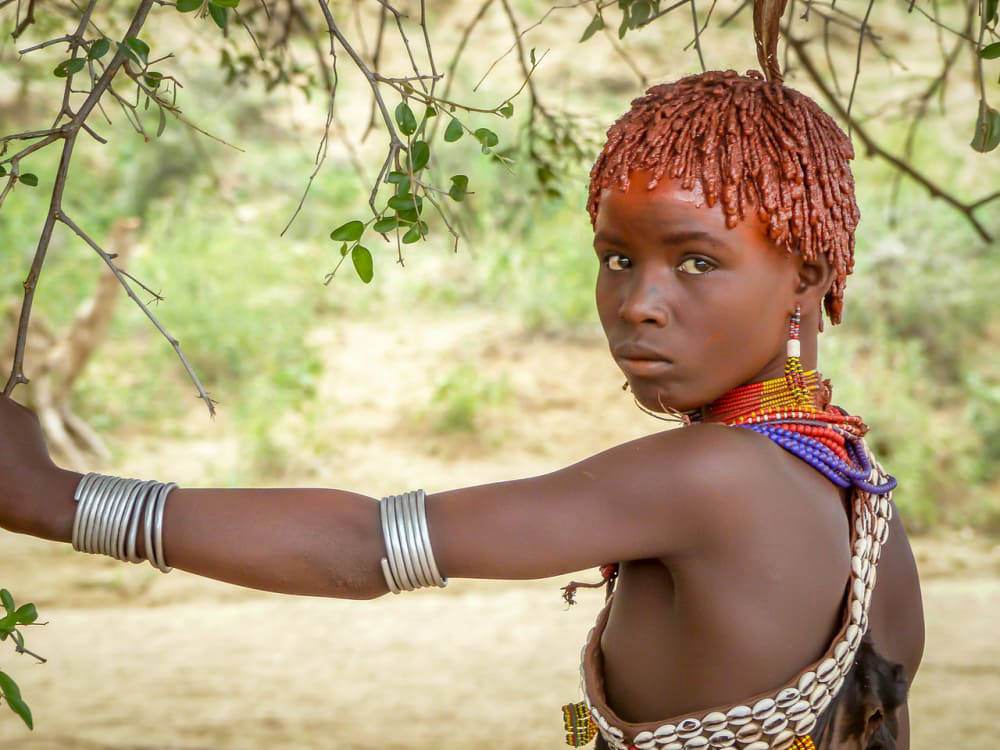 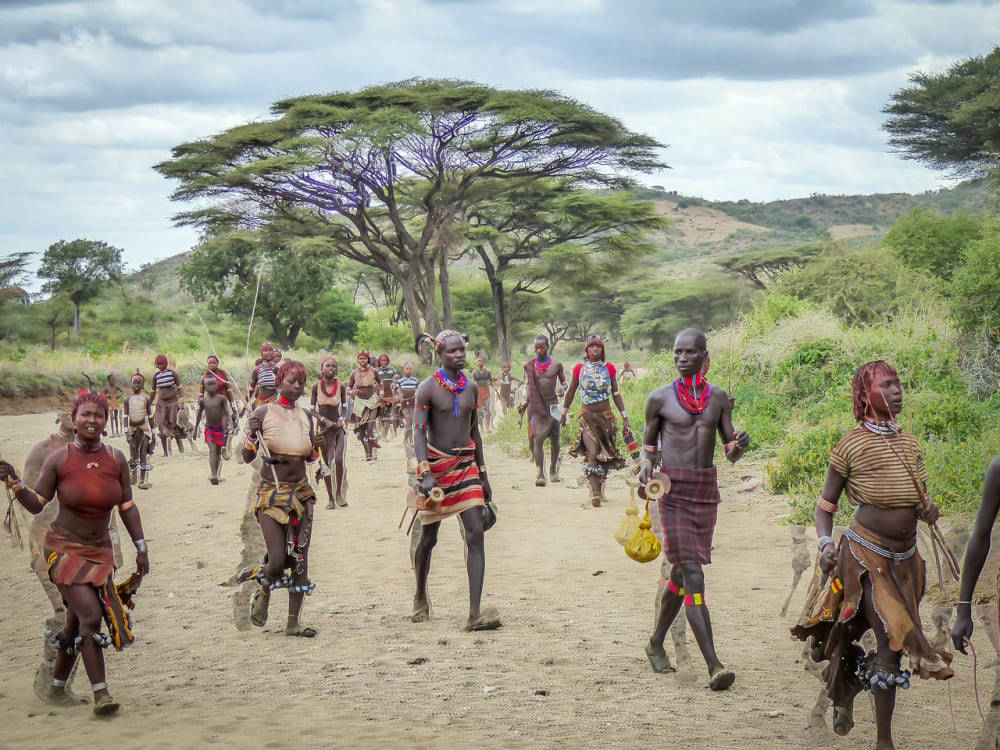 This national park lies in the dry acacia savannah of the Rift Valley about 200 km east of Addis Ababa.  The main geographical feature of the park is the gorge made by the Awash River, with a large waterfall at its head. North of the Harer Road are the Filwoha Hot Springs and the Fentale Volcano; although dormant, the crater is known for it's steam vents.

Nearly 80 mammal species have been recorded in Awash. Beisa oryx and Soemmering’s gazelle are both likely to be seen from the main road, but you need to enter the park to see most other species. Predators are seen from time to time, but a good variety is present including lion, leopard, cheetah and hyena.
Close to 450 bird species have been recorded in Awash. Water birds are abundant on Lake Beseka and at Filwoha, and the gorgeous carmine bee-eater is very common in Awash.

Omo and Mago National Parks lie on opposite sides of the Omo River in the far south-west near the Kenyan and Sudanese borders. Both parks can offer incredible spectacles of big game. The Omo and Mago parks have wide wilderness areas and abound in wildlife:  large herds of eland and buffalo, elephant, giraffe, cheetah, lion, leopard and Burchell's zebra, Lesser kudu, lelwel hartebeest, topi, and oryx reside in this place with the 306 bird species recorded.

After the discovery of the earliest known fossil fragments of Homo sapiens dated circa 195,000 years old, the lower reaches of the Omo river were declared a UNESCO World Heritage Site in 1980.

OMO NATIONAL PARK
One of Ethiopia's largest and richest nature sanctuary and one of the least visited areas in East and Central Africa.
Located on the west bank of the Omo River, the park covers app. 4,068 square kilometers. This park is not easily reachable although an airstrip was recently built near the park headquarters on the Mui River. The people of the Omo valley have a different cultural background from other Ethiopians,Omotic speakers are divided into more than ten different tribes or ethnic groups, all of which adhere to traditional animist religions. The largest and least isolated of the groups is the Konso.
MAGO NATIONAL PARK
Located about 782 kilometers south of Addis ababa, The Mago National Park is found adjacent to the Omo River and covers an area of 2162 square kilometers. The broad grasslands abound with herds of buffalo, giraffe, elephant and kudu, while sometimes it is also possible to find lion, leopard and Burchell’s zebra. The park rises in the north to Mount Mago (2528 m) and is home to 56 species of mammals. 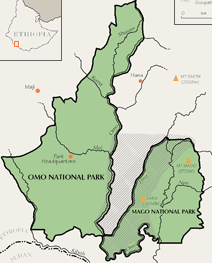 In the Afar region of northern Ethiopia, lies a vast, desert plain called the Danakil/Dallol Depression. Danakil lies about 410 ft(125 m) below sea level, and with temperature having been recorded above 122 Fahrenheit(50 Celsius), makes this place one of the Hottest, terrifying though magnificient places on Earth. it is also one of the most geologically active regions with three tectonic plates meeting at the Afar Triple Junction. Sulfur springs, active volcanoes(Ert ale), geysers, and vast salt pans are found in the area. Erte Ale, a continually erupting active volcano, hosts several crater lakes and spitting out bubbling molten rock from the earth’s core.
Erta Ale is one of the few volcanoes in the world that have an almost persistent lava lake; it is an isolated basaltic shield volcano, 50 km wide, rising more than 600 meter from below sea level 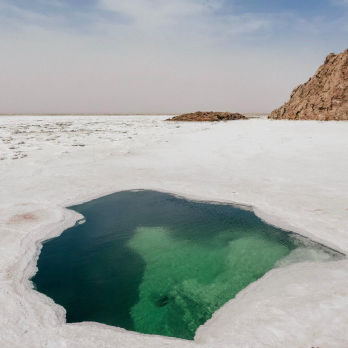 AFAR/DALLOL
Dallol is 100 km from North West of Erta ale the lowest part of Danakil Depression 116 below sea level extremely and inhospitable place but enjoyable and extraordinary colorful landscape; nearby travelers can visit Lake Asale, which is a famous salt mining lake.
For centuries, locals have been trekking in with camel caravans to mine the salt by hand, and in recent years, locals have been guiding tourists into the alien-looking landscape. 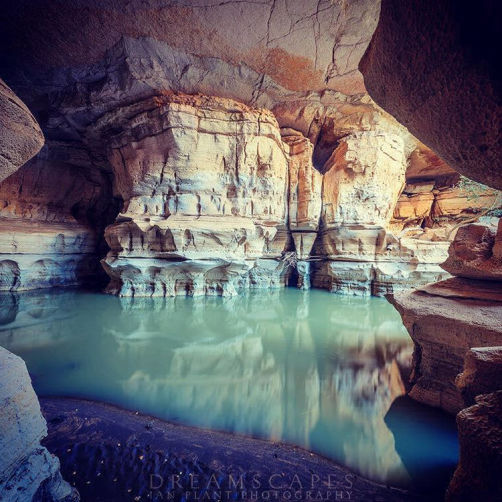 is one of the world's most spectacular and extensive underground caverns;the sof omar cave system. The weib river, which sources from the Bale Mountains National park, penetrates the caves year round, offering a magnificent view to Visitors. At 15.1 kilometres long, Sof Omar Cave is the longest cave in Ethiopia and the largest system of caves in africa, through which the Weib river flows.

Inside the Sof Omar Caves, the only living creatures are bats and fish. Crocodile are to be found in the river nearby but, fortunately , seem to avoid the caves themselves. The countryside is prolific with wildlife- dik-dik and kudu, serval cat, rock hyrax, giant tortoises , snakes,and lizards as well as more than fifty species of birds.

The establishment of the 2470 km2 Bale Mountains National Park was crucial to the survival of the four endemic mammals; Mountain Nyala, Menelik’s Bushbuck, Ethiopian Wolf and Giant Mole Rat as well as to different endemic species of birds, 220 bird species in total.

The Simien Mountains National Park covers 400 km2 of highland area at an average elevation of 3300m above sea level. Ras Dashen at 4620m, the highest peak in Ethiopia, stands adjacent to the park. Within this spectacular splendor, five endemic mammals can be visited here; Walia Ibex, Ethiopian Wolf and Gelada Baboon as well as Klipspringer and Bushbuck. The temperature regularly falls below freezing at night. Daytime temperature normally range from 11°C to 18°C (53 to 640F). 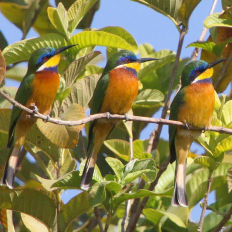 It's avifauna represents an interesting mixture of east and west African, Palearctic and some strikingly unusual endemic components. Of more than 800 species of birds, a staggering 29 are endemic to Ethiopia and it's neighbour Eritrea. For birders, the most popular access to really high altitude is the Bale Mountains National Park in the southern part of the eastern south-eastern highlands. Here we get easy access to alpine moorlands, grasslands and lakes.

Ethiopia is one of the top African countries for birding, with new discoveries being made every year, and is surely also one of the most enjoyable, with its diverse habitat, amazing scenery and very rich and colorful avifauna. 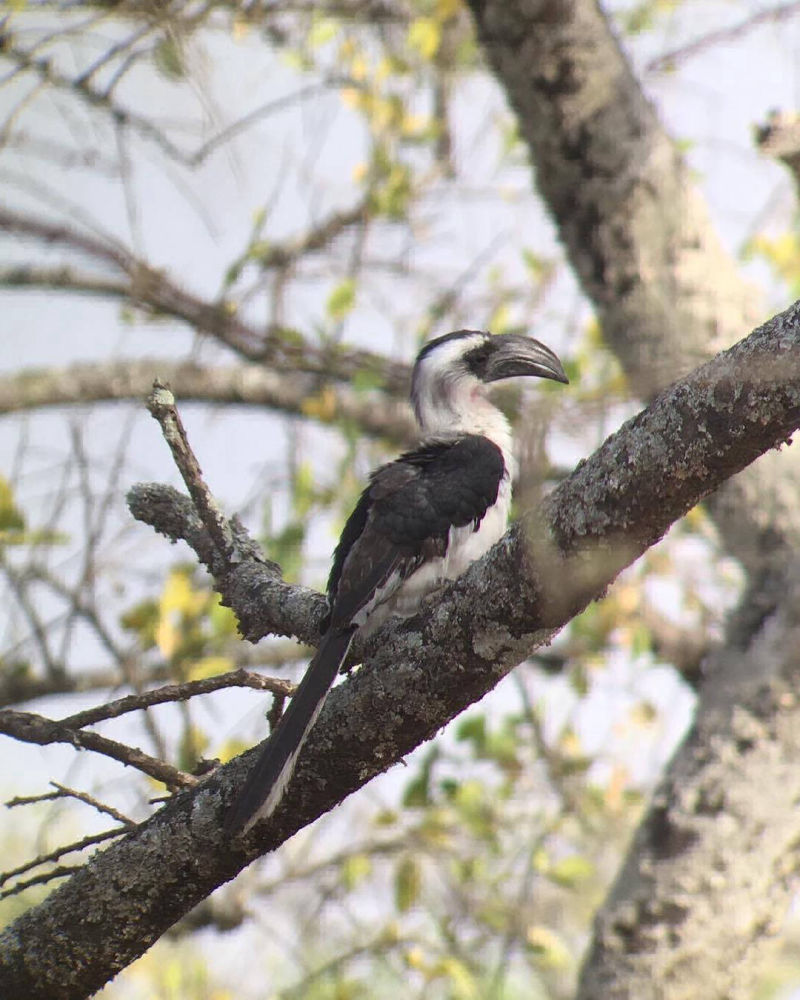 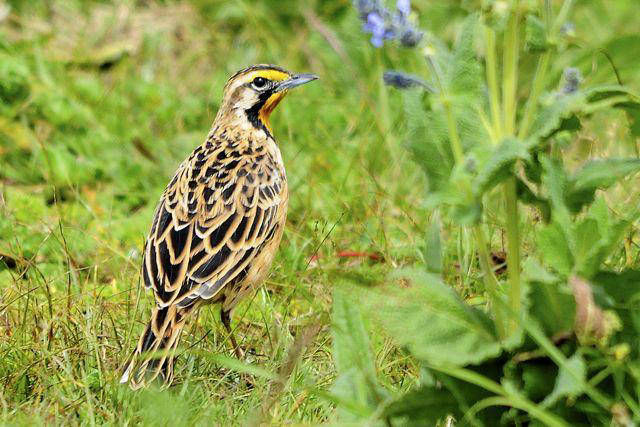 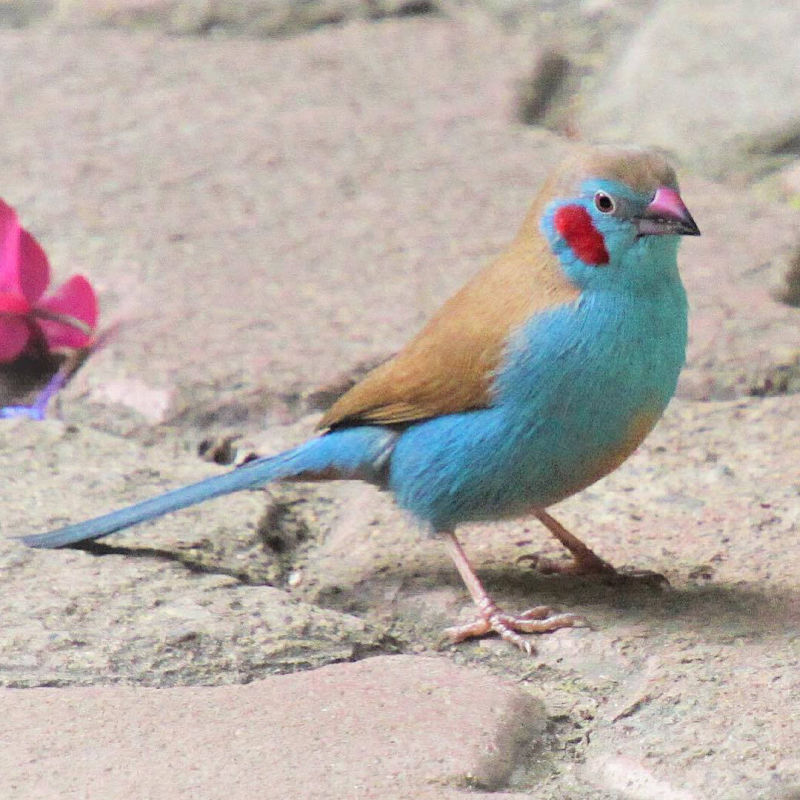 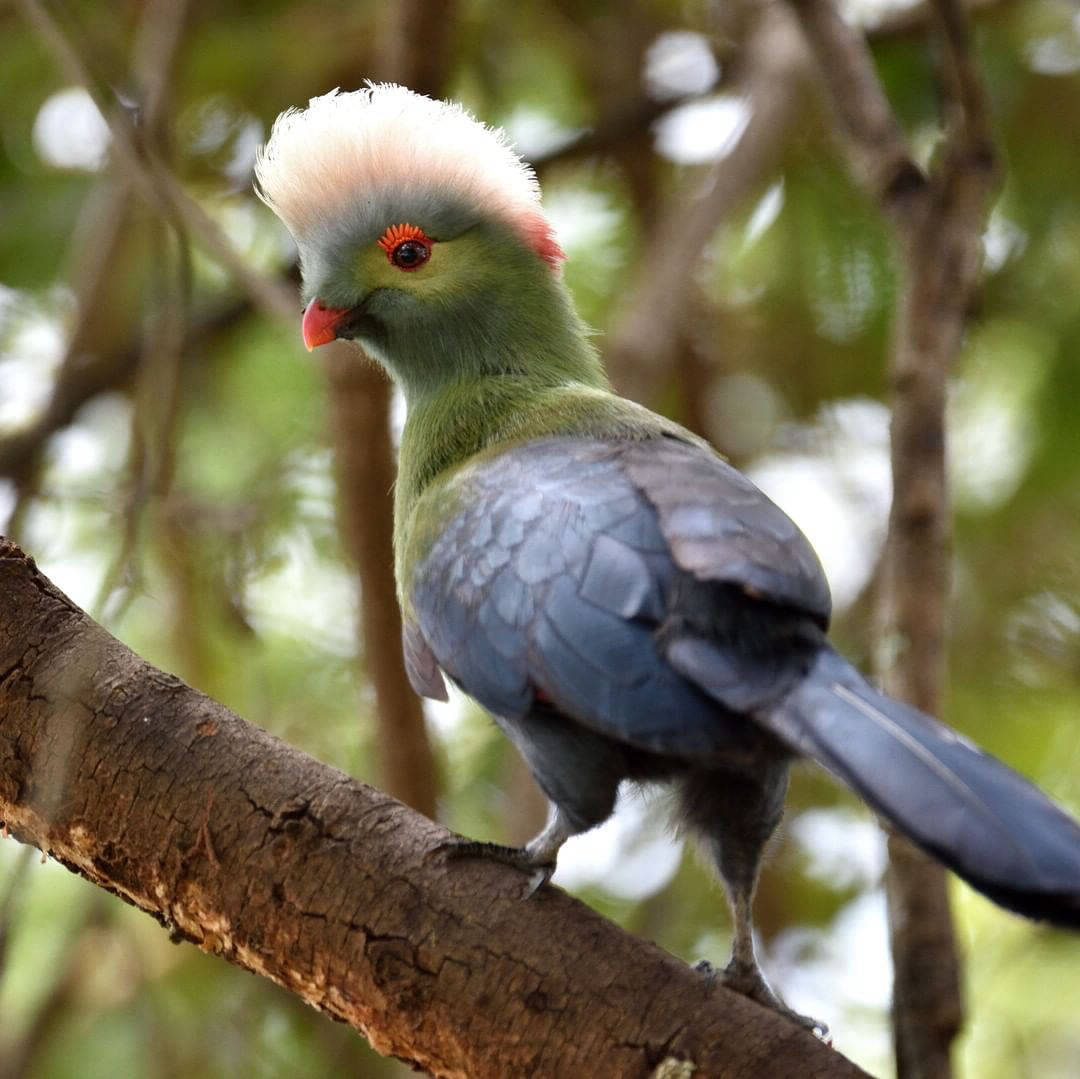 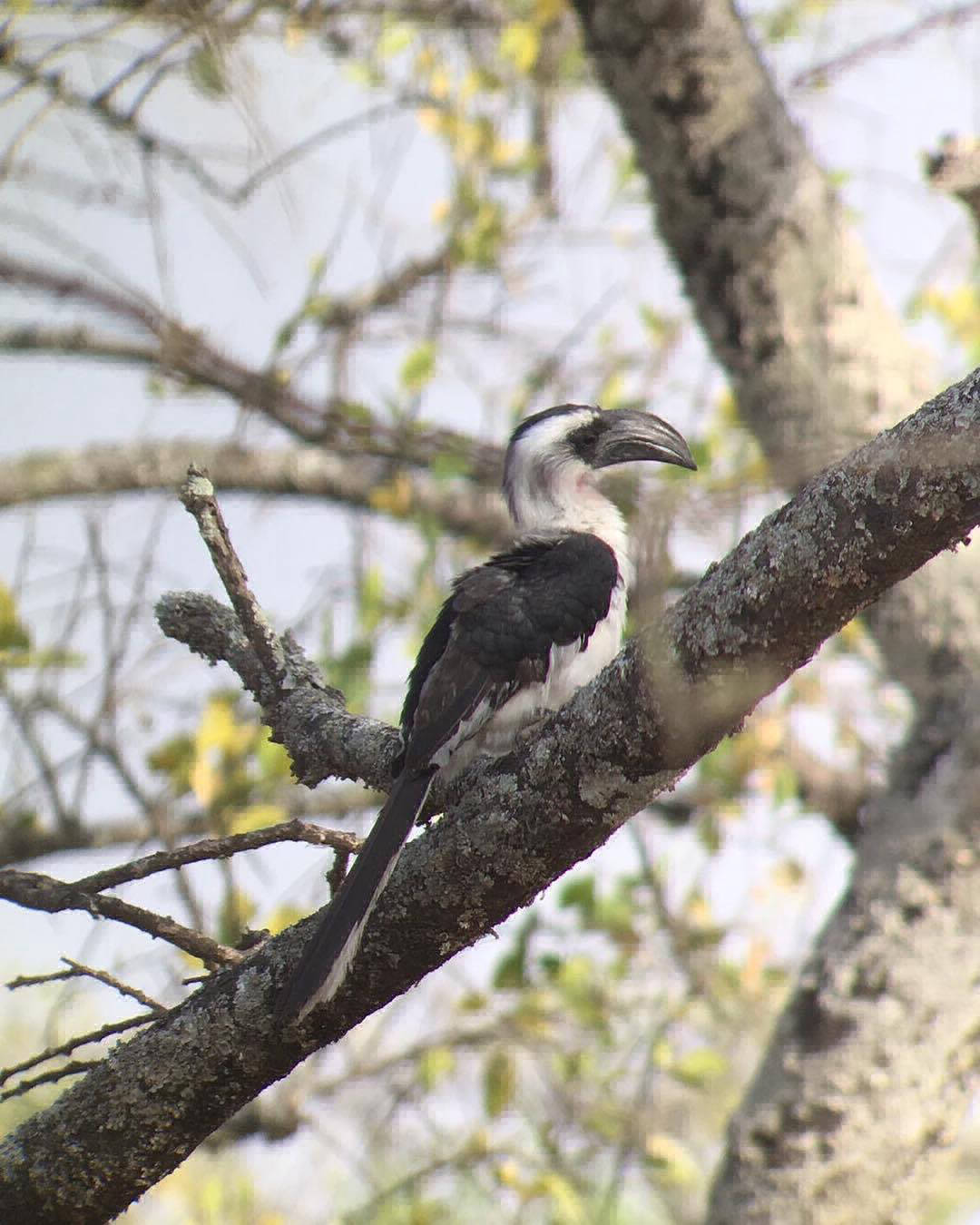 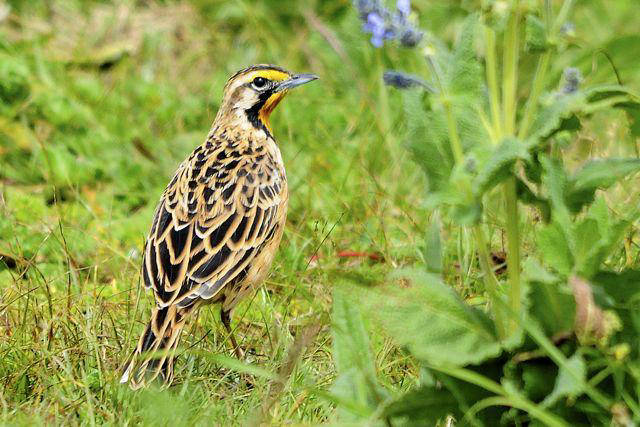 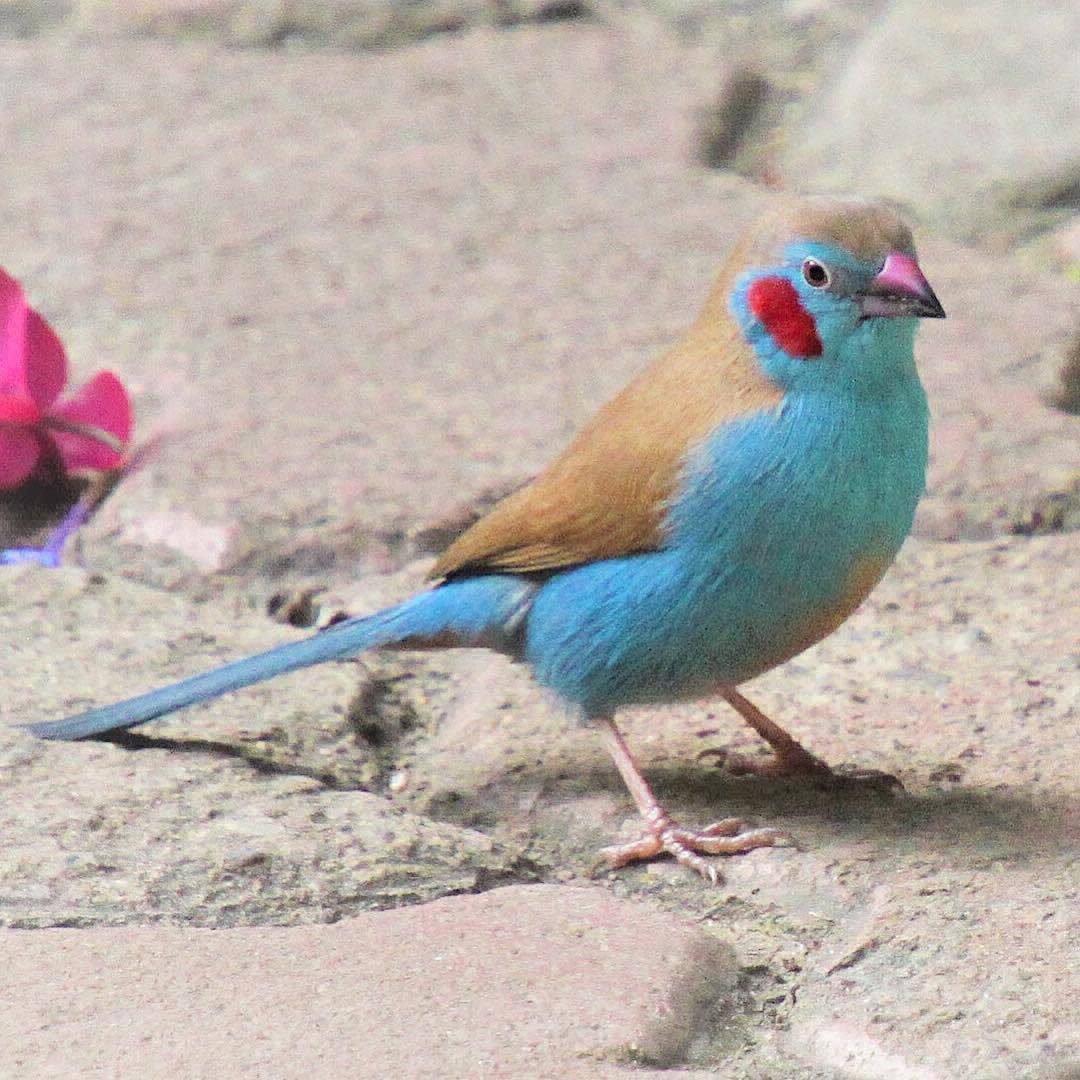 PreviousNextClose
Combine this with magnificient scenery(most especially in the Simien Mountains),  and some great mammals(including such notable endemics as Gelada Baboon, Ethiopia Wolf, and Mountain Nyala) and your journey is grandeur!